ILSN:  HI Celeste! Thank you so much for doing this!

CELESTE ORCHID:  Hi Hi!  Thanks so much for honoring me with Nerd of the Month!  I’m very happy and honored to be chosen.

ILSN:  Tell us a little bit about yourself?

ILSN:  How did you come up with the name Celeste Orchid?

CELESTE ORCHID:  At first I used an elven version of my real name: Aeroniel.  No one could ever pronounce it correctly.  I knew this would become a problem.  Thus started a made house of planning to create a new name.

I first wanted something very girlly and such.  I was jumping around ideas.  At the time I was listing to TommyHeavenly6.  I thought that would be a good name to kind of have: a start and end like a real name.  So I decided to go with something heavenly.  I searched the thesaurus for some ideas and came up with Celestial.  I thought that was it.  Then I needed the second part to my name. I thought to use my favorite flower/color as a last name.  So at first it was Celestial Orchid.  It didn’t flow correctly.  So I made it shorter but making it Celesté (like the ee in fiancée) Orchid.  So CE-LES-TEH Orchid… A lot of people said it wrong so I changed it to the last draft Celeste Orchid.

ILSN:   Do you have any new projects coming up?

CELESTE ORCHID:  I’m always working on new projects.  I’m planning on a few Fire Emblem characters.  I did get to debut my Olivia from Fire Emblem and was very excited about it.  I’m currently in planning for a Sailor Moon costume or two.  I’m also very excited to try to make a huge armor costume from Monster Hunter.  So be on the look out for that costume this year.

I have this huge idea of making a Pokémon business card set.  I want to make A LOT of Pokémon costumes this year and hand them out.  They will most definitely be one of a kind.

I am currently working towards my voice-acting career.  So hopefully that gets started this year.  Once again, it’s a new project: a new voyage for me to explore.

ILSN:  Do you have a mini bio about yourself?

CELESTE ORCHID:  I’m American-born Filipino.  I was raised in a military family, in Louisville Kentucky.  I grew up with my father and brother loving anime and video gaming.  My dad really got me into a lot of nerdy things.  My mother got me more into crafting and creating.  It was more jewelry work than fabrics and such.

ILSN:  What is the craziest story you could tell us?

CELESTE ORCHID:  The CRAZIEST thing I have ever done is either go on a naked date OR I actually had a huge hot glue accident.
The naked date was for television.  I had a lot of fun.  It’s just a date without clothes.  You have to be crazy to do something like that.  No, I’m not a nudist.

The hot glue accident was TERRIBLE.  I was working on my Angel Anarchy Panty costume from Panty and Stocking with Garterbelt.  I was finishing up the shoes by wearing them and hot gluing it down.  The ankle part I was working on was rather tight the way I wanted.  I got a TINY amount of hot glue on my finger that caused me to release the fabric piece attached the to shoe to adhere to my ankle.  Needless to say when I took the fabric off of my ankle, the skin had peeled off with it.  I now have a minor skin discoloration on my right ankle.  It’s healed very well and hardly noticeable.

ILSN:   Do people recognize you when you go to cons?

CELESTE ORCHID:  I actually have some people recognize me at conventions.  I’m not huge on the scene.  So when people do recognize me, it’s either from a TV show or they’re my friends. Not necessarily fans.

ILSN:   When you were growing up in Kentucky what was the NERD/Geek scene like?

CELESTE ORCHID:  In Kentucky, I had a lot of friends in my school that were the nerdy bunch.  We would sit around and talk about animes and video games.  It was pretty typical.  There wasn’t a huge scene unlike now.  Who we knew, is whom we knew.

CELESTE ORCHID:  I used to operate a website.  I got really REALLY lazy.  It was celesteorchid.devilsbsd.net.  LOL.  Check it out I definitely hasn’t updated that in forever.  I really just manage my Facebook pages – Godly team Cosplay and Celeste Orchid.

ILSN:   Who would win in a fight Gandalf or Darth Vader?

CELESTE ORCHID:  Darth Vader was first.  He wins.  LOL.  Gandalf actually gets his old fart butt handed to him a lot.  So in all actuality he’s not that strong.

ILSN:   What inspires you when you choose characters?

CELESTE ORCHID: I get very inspired at the design of a character.  I like what it looks like (I’m very drawn to black, white, and blue colors apparently).  Sometimes if I get the chance I watch their series from start to end.  For video game characters, I usually try to watch it on YouTube to understand the character especially if I don’t own the game yet.

CELESTE ORCHID:  I’ve always been an Anime fan.  SO I would have to pick that one over Marvel or DC.  I have always loved Batman first and foremost.  Then it would be Marvel.  I really loved Spider-man and X-men.  Those were my huge favorites of Marvel.  When I got a bit older I started liking Marvel but anime first.   Nowadays, I hardly know anything about DC… pity on my part.

CELESTE ORCHID:  I had my older brother growing up. I feel like I was the bully to him unfortunately.  He would always take care of me and then I’d find a way to get him into trouble and tell my mom.  Not very good on my part huh?  We’re still good siblings.  I played outside a lot.  My mom listened to me asking to do Ballet or do martial arts.  I got lucky and did both.  I enjoyed it a lot.

ILSN:  Where do you see yourself five years from now?

CELESTE ORCHID:  I think.. five years from now I’d still be playing video games or watching anime.  It never gets old.  I’m still a fan even as I get older.   I hope that I’m still acting and working in the entertainment industry.

ILSN:  Which cosplay gets the most attention?

CELESTE ORCHID:   I’ve worn Chun Li a few times.  It most certainly gets the most attention.  The best part is that I’m fully covered and not showing skin.  Costumes like that make me very proud that I did a good job on craftsmanship and people’s comments are encouraging to do more great work.

ILSN:  What do you do to inspire yourself?

CELESTE ORCHID: I usually keep an agenda that I write in.  No, it’s not my phone but an actual PAPER BOOK.  Yes, we still have those these days.  I like to look back and see what entries I’ve put in, what my calendar looks like.  If I haven’t filled any of it in, it makes me sad and work harder to do more.  I like being accomplished even if it’s a small bow that I made for my hair.

CELESTE ORCHID:  My fun times are usually anime and video gaming.  But I do enjoy going to the park for a walk.

ILSN:   What kind of nerd are you?

CELESTE ORCHID:  I’m more of a trendy nerd.  I like making my own cute accessories without over doing it. I’m not the best at quoting everything.  I enjoy it for what it is.  I LOVE EWOKS FROM STAR WARS.  I’m just a nerd about anime and video games the most.  I do like a good Tetris battle though.

ILSN:   Is there anything you are promoting right now?

CELESTE ORCHID:  If there is anything that I’m promoting, it’s be yourself.  SO what if you’re not as tall as XYZ character.  Go cosplay them, have fun!  That’s the point of it.  COSTUME PLAY.  There are no guidelines.  It’s have fun, if you don’t want to do that, then stress about it then.

ILSN:  What is the nerdiest thing you have done?

CELESTE ORCHID:  I think I freaked out when I saw a moving R.O.B. at a convention.  It was electronic and made my inner fan girl cry.

ILSN:   Do people ever recognize you when you go out?

CELESTE ORCHID:  Not a lot of people recognize me when I’m not in cosplay.  Some stores actually recognize me since I visit them normally.  Every once in a while someone does talk to me and say OH I think I know who you are.  I don’t know if that’s just a pick up line.

ILSN:   What is the craziest gift a fan has ever given you?

CELESTE ORCHID:  This one kind of breaks my heart a bit.  But makes me happy.  This guy at Wondercon gave me a cd.  I remember it so clear.  He said,” My friend died while we were working on this CD. I know he would have wanted you to have it.”

It really broke my heart that his friend wasn’t there to give it to me in person, but I still own and cherish the CD.  It’s like an electro mix.

ILSN:   What is the hottest costume you have ever worn?

CELESTE ORCHID:  By temperature value I think it has to be my C.C. kimono.  I absolutely love this design and had to dress up as it.

My hottest and most scandalous costume would be Felicia or Rikku.  Felicia is the all time go to Cat girl.  Rikku from Final Fantasy X-2 blatantly shows off a thong in a mini skirt.  That’s right a THONG and a bikini top.

CELESTE ORCHID:  My favorite movies are House of Flying Daggers, Phantom of the Opera, and Sword in the Stone.

Give me the links to the following.

Also give me a bio, any videos, links you want me to promote such as up coming events.

Watch me on Call to Cosplay on Crunchyroll (episodes 1,3, and 6)
http://www.crunchyroll.com/call-to-cosplay

Conventions that I plan on attending (other than the major ones)

Any final thoughts or words?

CELESTE ORCHID:                I have fun doing what I do.  I like making new friends and cracking jokes.  If people see something wrong with enjoying a good time, you have to ask yourself.. Are you still having fun?  Remember it’s not always fun and games until someone loses an eye.  But always make it in the right manner and light.

For cosplaying, it’s all about using Google.  You can use it to find people who already made the costume, techniques, references, images, and the list goes on.  Never be afraid to ask for help.  Anyone who isn’t willing to help is honestly the toxic waste that’s in our community.  Everyone is entitled to his or her opinion on how to do something.  Just don’t think it’s the only way.  We can always keep honing our skills to become something greater.

“Every master was at first an amateur.”

Check out the cool shirts at Sunfrog 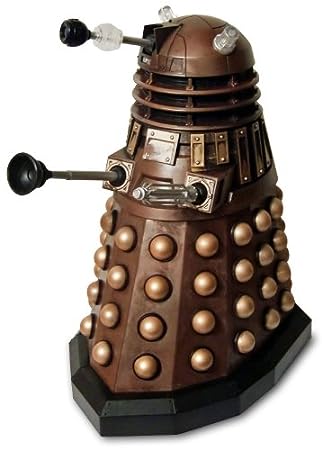